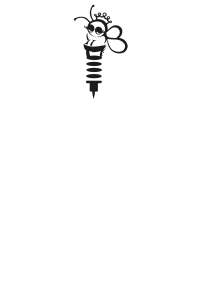 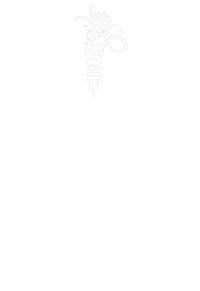 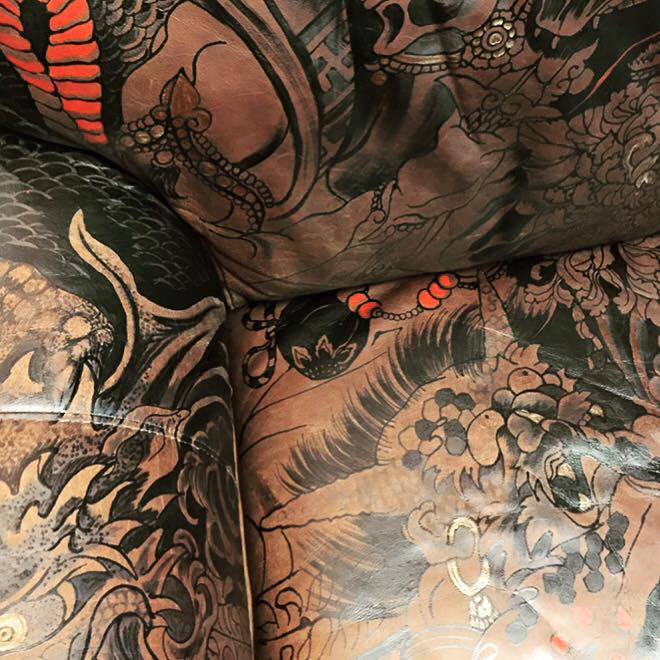 I actually found out about Gina McQueen through tattoo artist Akuma Shugi on Facebook indirectly. She showed up on his profile’s ‘People You May Know’ tab while I was looking through the tattoos he’d done. I wouldn’t have found out about her impressive works if I hadn’t been too curious.

Gina McQueen hand paints Irezumi on leather from London. This particular piece she’s been working on the past months happens to be a custom tattooed sofa for a client in New York. Unluckily, Gina have been quite busy the past weeks so she hasn’t been able to go for a little chat. She won’t mind if we share her marvellous creations, though. Hopefully, we’ll be able to finally sit down with her and get to talking; she has more to give. See for yourself on her Instagram.

This was Gina’s blank canvass. It was an average-looking couch that might be similar to the one you have at home. Not for long.

Once the creative ordeal is over with, Gina glazes it with a protective coating to prevent smudging and preserve the art on the couch. That way, anyone who sits on it won’t be walking off with a freaking Noumen plastered on his arse.

Check out some of the other sofas she’s worked on so far.

We especially loved this white, refurbished one she’d done. It’s very tasteful and modern. Whilst the tan-coloured sofa may look more of the part of a couch in a tattoo shop, this one looks like something that would go along with your Ikea furnitures in your cozy flat at Central.

This is the gem she’s currently working on. It’s turning out gloriously. I’m seriously considering a custom piece from her.

View all posts by admin →